(KBHM) Oil has declined for the sixth consecutive day in New York, the longest run of declines in almost two years. This is mainly due to crude stockpiles increasing in the US, the world’s largest consumer of the commodity. 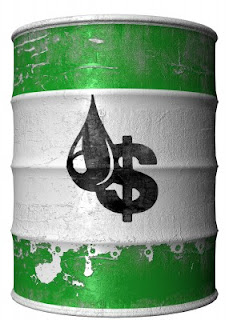 The last five days, oil futures are down 8.6 per cent. US inventories currently stand at 378 million barrels, up 7.8 million barrels the last week. This is the highest inventory the US has held since August 1990. Societe Generale said in a report that refiners are poised to increase crude oil purchases thus making a rebound in crude prices.

Crude for June delivery fell as much as $1.23 and is currently trading at $95.78 a barrel in electronic trading on the New York Mercantile Exchange.

On a linked note, China, the world’s second-largest oil consumer, will cut retail gasoline and diesel prices tomorrow for the first time since October after international crude costs fell to a government threshold for adjusting fuel rates.

The maximum price at which gasoline can be sold to motorists will be reduced by 330 yuan ($52) a metric ton, that is a reduction of as much as 3.5 percent, according to Bloomberg.

This cut will increase financial pressure on China’s oil refiners. China Petroleum & Chemical Corp. (600028), the nation’s biggest processor, had a 16-fold increase in its refining loss to 9.2 billion yuan in the first quarter compared with a year earlier.
Posted by Henrik Kielland at 17:13